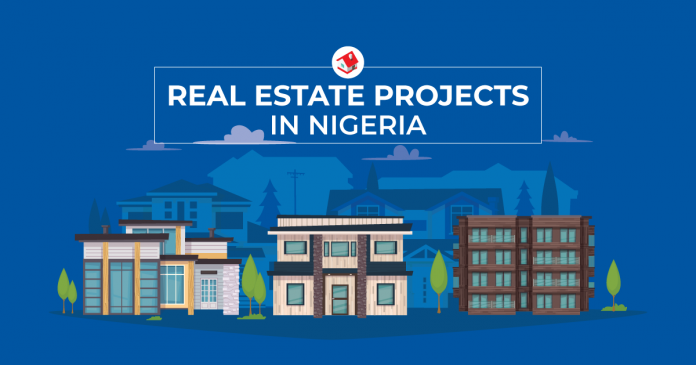 When it comes to real estate projects in Nigeria, analysts within the property space are optimistic that 2018 will experience a major boost especially in light of the positive economic fundamentals that have been made manifest so far.

The position of experts is that with a visibly improved economy, the Nigerian property market will be on the path of witnessing a rebound from the uncertainties that plagued the sector in 2017. Here are some of the real estate projects in Nigeria you should look out for in 2018.

When completed, the Eko Atlantic City is projected to accommodate nothing less than 250,000 residents but that’s not all. It stands on 10 million square miles of land and is expected to have a daily flow of 150,000 commuters.

Some of the major players in this massive construction project are the Lagos State, South Energyx Nigeria Limited, city planners, developers, 17 expatriates firms and over 500 Nigerians firms.

The Eko Atlantic City Project was conceived as a planned city, which is being constructed on reclaimed land from the Atlantic Ocean.

Nigeria’s President Muhammadu Buhari was joined by the Lagos State Governor, Akinwunmi Ambode as they went on a tour of the Eko Atlantic City, which is tucked within Victoria Island in Lagos.

Upon completion, the Eko Atlantic City will spread over 750 square kilometres and is expected to be bigger than Victoria Island.

One of the biggest problems the ongoing construction has helped resolved is the ocean surge and flooding at the Ahmadu Bello axis of the island in Lagos, which had the potential to wipe out hundreds of homes and businesses within the location.

The vast number of commercial and residential properties in Eko Atlantic City will help in easing the problem of overloaded infrastructure that the island is known for.

The Oworonshoki Lagoon Reclamation Project is designed to transform this decaying part of Lagos into a focal point of major tourism, transportation and entertainment hubs within Lagos State.

The is one of the popular real estate projects in Lagos and it is not a housing scheme. Rather, it constitutes part of the bigger picture to position Lagos as one of Africa’s entertainment hubs.

To ensure the success of this project, 30 hectares of land space has been reclaimed out of the 50 planned for the scheme. Upon completion, the Oworonshoki Lagoon Reclamation Project is expected to bring an end to the perennial flooding in the area. It would also accommodate hotels, event centres, cinemas, clubs, bars, a bus/ferry terminal, parking space with capacity for about 1,000 vehicles and other top-notch attractions.

To tackle the housing deficit in Nigeria, the Federal Government of Nigeria has wrapped up plans to increase housing supply by initiating mass real estate projects across 33 states of the country.

The project, under its National Housing Programme (NHP), is expected to engage over 650 contractors to deliver 2,736 units while employing 54,680 people in the process.

Collaboration Between Lagos State and NMRC

The Lagos State government Lagos State has partnered with the Nigerian Mortgage Refinancing Company (NMRC) and private developers to deliver 20,000 housing units by the end of 2018.

The Lagos State government entered into a strategic alliance with Echostone Development, a building construction firm, to deliver 2,000 housing units in three locations across the state.

According to the agreement, Echostone is expected to deploy a new technology that will facilitate the construction of the houses while the state government will provide equity in terms of land and others.

The 2,000 housing units will consist of 2-bedroom terrace bungalows in 3 locations; starting with 250 units at Idale in Badagry. The construction train would then move to Ayobo in Alimosho and eventually cruise into Imota in Ikorodu for the development of the housing units.

The bigger picture here for the Lagos State Government is to deliver 20,000 housing units within a 4-year period through the Lagos affordable Public Housing Initiative (LAPH).

The Oshodi Transport Interchange is expected to redefine public transportation in Lagos and Nigeria at large. It seeks to create a world-class central business district with a heavy focus on transportation, security, environment and urban renewal.

Other features that the Oshodi Transport Interchange will boast of include accessible walkways, pedestrian bridges/sky-walks to link the 3 terminals, shopping malls with street lighting and a dedicated security team.

When completed, the project will spawn an organised transport system, boost intra-tourism for Oshodi, bequeath iconic city gateway to Lagos, provide a secure and comfortable environment, as well as economic growth and job creation.

The Maternity Centre of the Lagos State University Teaching Hospital (LASUTH) in Ikeja, popularly known as Ayinke House is currently under construction.

Ayinke House is a 162-bed space facility, which is expandable to 250. Some of the features available in this medical facility include 22 neonatal intensive care units, 16 intensive care units for adults, five fully equipped theatres, laboratory, common ward, maternal and child care centre and several others.

Ayinke House is designed to be the major baby factory in Lagos State and is expected to be delivered in June and commissioned for public use in July.

The state had previously commissioned a helipad for medical emergencies at LASUTH and also constructed an alternative road to the hospital to facilitate easy access.

This real estate development project is powered by Obika Realtors in Eluju town within the Ibeju Lekki axis of Lagos. Some of the facilities already set up in the estate are the inner roads into the well mapped out plots, perimeter fencing of the 10-acre land, central gates and grading of the main link road to the estate from the Lekki-Epe expressway.

The first phase of the development covers 54 plots and over 80 percent of them have already been subscribed to.

The company is currently on the verge of embarking on the second phase of the scheme.

With an estimated $360 billion (10 times the market capitalisation of the Nigerian Stock Exchange) required to solve the national housing deficit in Nigeria, it is important that you keep an eye out for opportunities to buy a home or build your own house.

In Lagos State alone, the housing deficit is put in excess of 3 million units and will require approximately N8 trillion to resolve at $10,000 per unit. 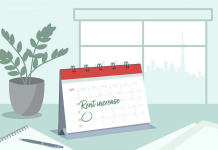 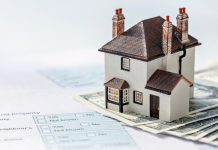 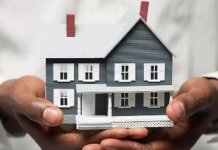 10 Secrets to Negotiating a Winning Offer in Real Estate

Importance of Renting a Commercial Property in Nigeria